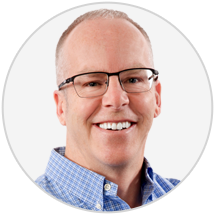 Stephen joined Bell in 2006 and has led the rollout of both the Bell Fibe all-fibre network in 7 provinces and a national 4G LTE wireless footprint that now covers more than 99% of the Canadian population, and guided the launch of the Bell 5G network.

A network executive in Canadian telecom for the past 25 years, Stephen holds a Bachelor of Engineering Physics degree from McMaster University and an MBA from Cornell University.