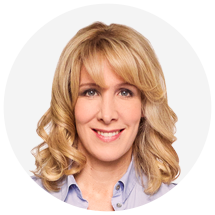 Karine Moses was promoted to President, Bell Media Québec in 2019, responsible for programming, production and scheduling for all Bell Media French-language TV properties, in addition to leading its out-of-home division Astral, and Bell Média Sales in Québec. In January 2020, she was appointed Vice Chair Québec to lead Bell’s community and other initiatives across the province.

Starting at Bell in 1997, Ms. Moses has held progressively senior leadership roles in Bell Network, Field Services, Finance and Media. In 2016, she was appointed as President of Astral and Vice President, Bell Media Sales for Québec.

Ms. Moses holds a bachelor of finance degree from HEC Montréal and has completed the Harvard Business School’s General Management Program. She serves on the boards of the Montreal Canadiens Children’s Foundation and Espace GO.