Communications technology continued to advance rapidly in the 1920s, and Bell advertisements remained focused on educating the public about the latest innovations, including long distance and dial service. Mr. Neill, at Bell’s commercial department, said: “We must inform people about our company and let them know the key role we play in the life of the community. We must continue to advertise to teach the value of telephone service”. A new campaign with the tagline: “The more you know about the Telephone the better it will serve you” aimed to enlighten people about the complexity of the telephone system and also ask for public cooperation to ensure a high standard of service. In addition to newspapers, Bell began advertising in other formats, including displays in prominent stores. Bell also opened our offices to the public as part of “Telephone Week”, holding special events in multiple cities. 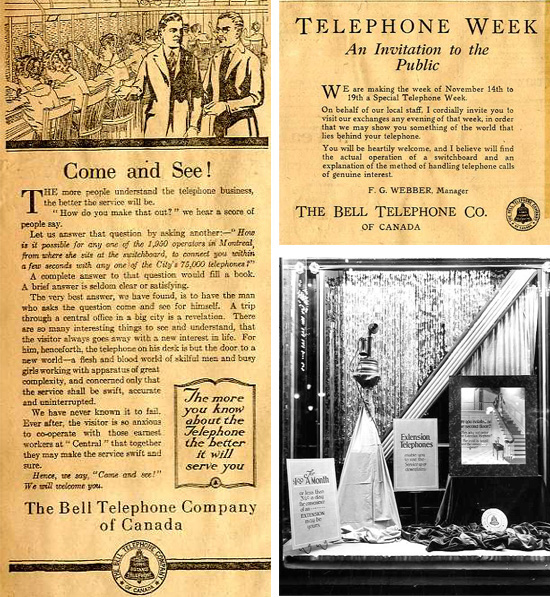 During the roaring 1920s, the growing popularity of long distance service led to several new advertising opportunities. C.E. Fortier, Bell’s advertising manager at the time, wrote: “The company is planning to take advantage of every available means of advertising the telephone as the servant of the public, and long distance service is an untried field.” Major advertising campaigns were launched to highlight Bell toll service. Though the first major campaign was addressed to the larger public, the company later adopted a specific approach directed at business people in various industries. 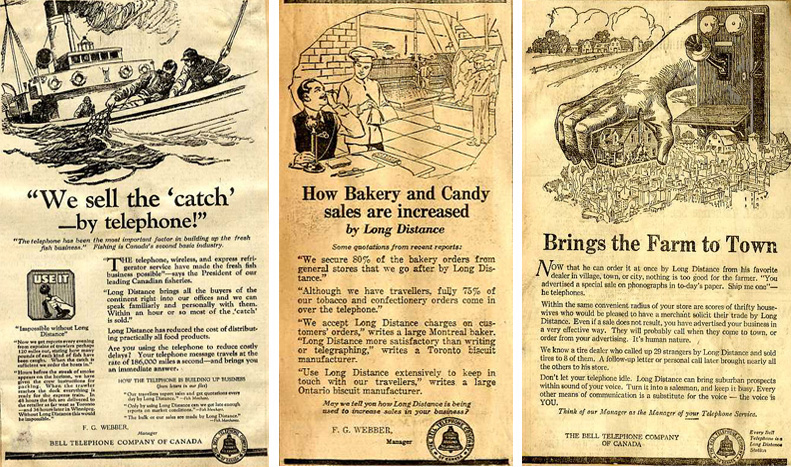 Ads at the time asked the question: Why only have one telephone in your home when you can have another one in the kitchen or in the bedroom at an affordable price? – with the message that running up and down the stairs can be “exhausting and time-consuming”. On Christmas 1921, Bell launched its first campaign focused on the convenience of extension telephone sets – additional phones wired to the same telephone line. 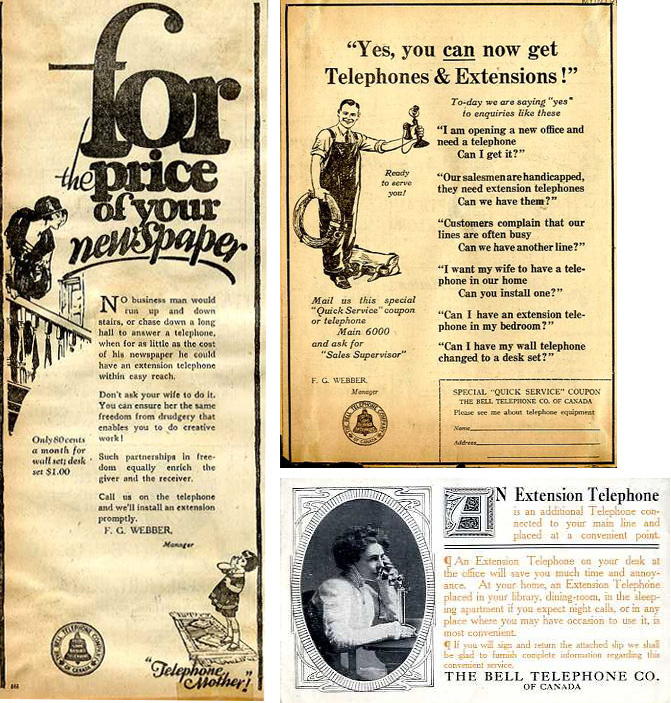 The decade also presented a major turning point in Bell’s technological history with the introduction of dial service, officially launched on July 19, 1924 at Bell’s Grover office in Toronto. Moving from a manual to a dial system was a radical change for the public at the time, needing extensive advertising  and public relations campaigns to get the word out, including public tutorials and print ads. By the end of 1926, Bell had 6 dial exchanges in operation, serving 60,000 customers.

In the early 1920s, Bell operators in Québec and Ontario received approximately 140,000 “Time of day” calls - every day! Starting in February 1923, advertisements were needed to inform subscribers that they could no longer call a Bell central office to ask for the time of day, as it was “burdensome to our operators and detrimental to the service” of other customers. A few years later, to speed up local calling, it was also decided that operators should no longer repeat the number given to them by the subscriber, but instead acknowledge the information with a short “thank you”. 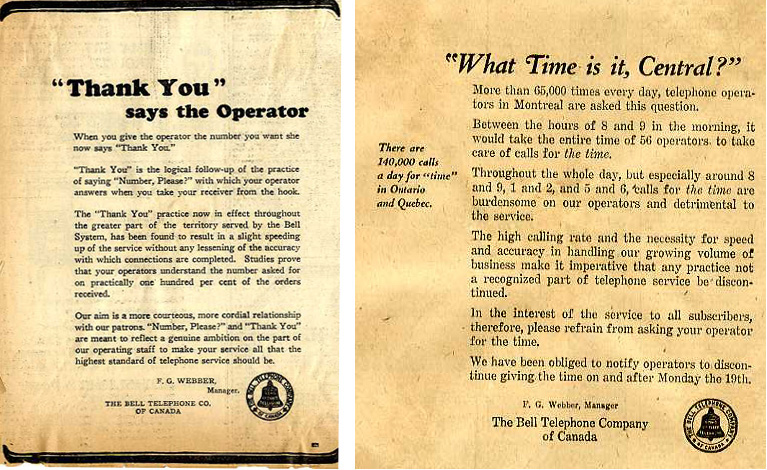