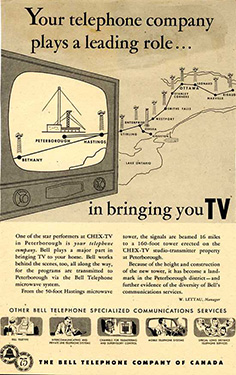 The post-war era presented a unique opportunity for Bell to move ahead with major infrastructure projects as it transformed from a telephone company to a telecommunications enterprise. In 1953, considerable progress was made on the Trans-Canada Microwave network, linking Canadian infrastructure with the United States at Buffalo, NY. Launched in 1958, the 6,400 kilometer network of microwave links (the longest in the world) was capable of transporting voice, teletype messages and television signals.

A major problem in the 1950s was improper telephone use, with wrong number dialing negatively impacting the flow of voice traffic on our network. Advertisements like the ones below featured humourous cartoons that asked customers to be careful when dialling in order to avoid unnecessary disruptions and potential embarrassment. 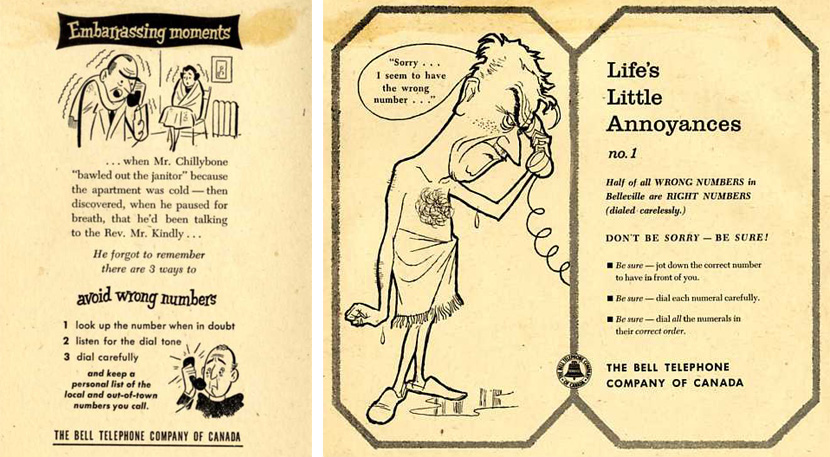 Customers also began to notice Bell advertising on our vehicles, a practice we resumed for the first time since the 1930s. Bold colors and new slogans on advertising posters attempted to entice new clients by promoting extension telephones (additional phones wired to the single telephone line in a home) and the convenience and speed of Direct Distance Dialing service. 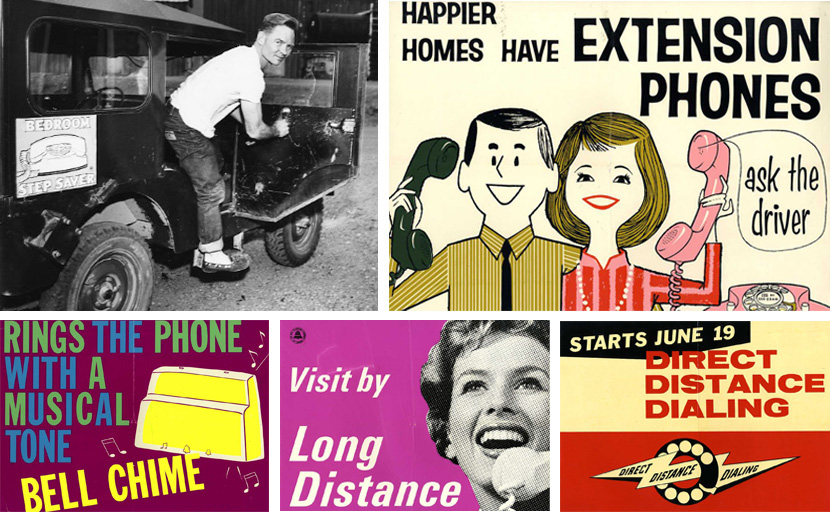 In the late 1950s and early 1960s, advertising showcased colourful new telephones like the iconic Princess phone, which became a staple in Canadian homes in the decades to follow. Bell’s ad agency at the time, Cockfield, Brown and Company, created eye-catching ads with the aim of increasing awareness and desire for colour telephones. Bell agents even took “colour classes” to ensure they could effectively help customers choose a new phone that would match their home décor. Colourful holiday ads were also created to promote extension phones as the perfect gift. 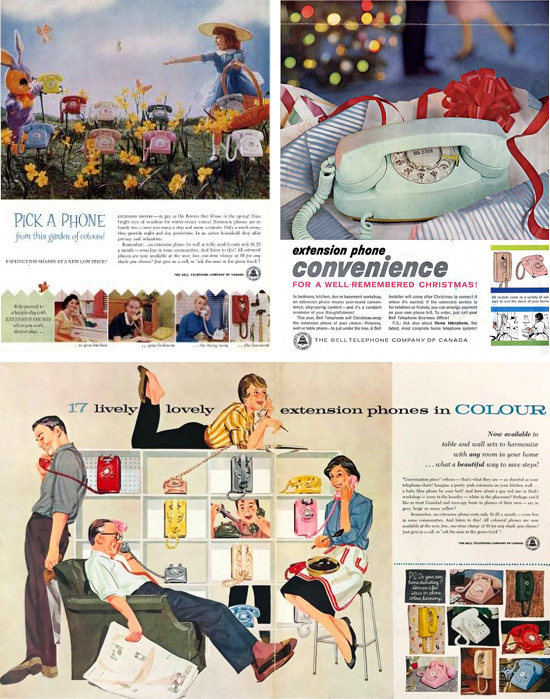