Back to all news

MONTRÉAL, March 9, 2021 /CNW/ - Bell Media today released details about its new Noovo Info news service and introduced the team members, including television, radio and digital journalists from Bell Media in Québec. Led by General Manager Jean-Philippe Pineault, the team will provide in-depth coverage of the topics that matter to viewers throughout Québec on all platforms. 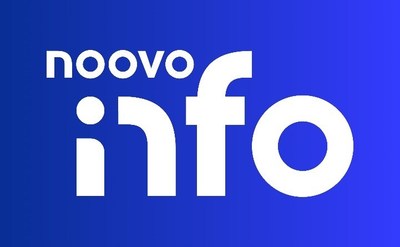 The NOOVO LE FIL shows will be the cornerstones of the news division on Noovo and Noovo.ca. Various exclusive segments and reports will also be available online. On the radio, reporters throughout the province will continue to provide the latest updates in close collaboration with their colleagues from television and digital news.

Starting March 29, the national and local editions of NOOVO LE FIL, anchored by Noémi Mercier, Lisa-Marie Blais, Michel Bherer and Meeker Guerrier, will air at 5 p.m. and 10 p.m. from Monday to Friday and at 9 a.m. on Saturday and Sunday. Journalists from various regions of Québec will team up with anchors, content producers, researchers, directors, videographers, digital producers, managers and technicians to handle day-to-day production of the shows. NOOVO LE FIL will also feature many highly respected contributors, including Yves Boisvert, Sophie Gagnon, Marie Grégoire, Louise Harel, Camille Lopez, Hugo Meunier, Elizabeth Plank, Martine St-Victor and Alexis Wawanoloath (complete list here), who will provide commentary and participate in discussions about the topics and issues at hand.

"A 360-degree, multi-platform news source that will roll out on television, radio and the web, Noovo Info will add greater editorial diversity and new viewpoints, which are essential to a democratic society," said Suzane Landry, Vice-President, Content Development, Programming and News. "With our new show NOOVO LE FIL, we want to spark dialogue about various issues while situating them within the Québec context."

NOOVO LE FIL will take a contemporary, fresh and distinctive approach to the news thanks to dynamic and engaging formats featuring a team of experienced anchors, reporters and correspondents who will provide a variety of perspectives. It will go beyond the headlines by giving a voice to those whose views are often marginalized. Its television broadcasts and digital content are sure to become essential news sources for Québec audiences.

For the complete list of journalists, correspondents and Noovo Info team members, view the press kit.

On Thursday, March 22 at 10 p.m., Noovo will present a documentary chronicling the development of the Noovo newsroom while exploring the current state of news in Québec, as disinformation and fake news proliferate online. It will broach a variety of issues, including the role of journalism and freedom of the press in an era when a global pandemic is raging, social tensions are heightened and the foundations of democracy are being severely threatened around the world (trailer here).

Along with Noovo Info's anchors, various experts, journalists and hosts will share their views on the media industry and the context in which a new player is establishing itself on the Québec news scene, including:

The news show NOOVO LE FIL will air every day of the week during various time slots on Noovo:

About Noovo
Noovo is the network that does things differently! Reality TV, comedy, variety, and fiction from here and abroad: Noovo's rich, entertaining and unifying programming offers an escape from everyday life. Noovo shatters the conventional television model by offering content on all platforms, for everyone, everywhere, all the time. A division of Bell Media, Noovo includes television stations in Montréal, Québec City, Saguenay, Sherbrooke and Trois-Rivières, as well as affiliates stations in Gatineau, Rivière-du-Loup and Val-d'Or. The network's ad-supported VOD service Noovo.ca provides access to all of the brand's original programming in addition to exclusive content. To explore the Noovo universe, visit noovo.ca.