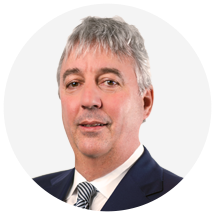 In this role, Oosterman provides a broad strategic perspective in leveraging Bell platforms to accelerate Bell Media’s leadership across TV, radio, digital, and out-of-home, along with new ventures, content, and partnerships. Oosterman also acts in a senior advisory role on the BCE and Bell executive teams as Vice Chair.

Joining Bell in 2006 as President of Bell Mobility and Chief Brand Officer, Oosterman became President of Mobility and Residential Services in 2010, Group President in 2015, and Vice Chair in 2018. Oosterman holds an MBA from the Ivey School at Western University, and serves on the boards of Telephone and Data Systems, MDC Partners Inc. and the Toronto International Film Festival.